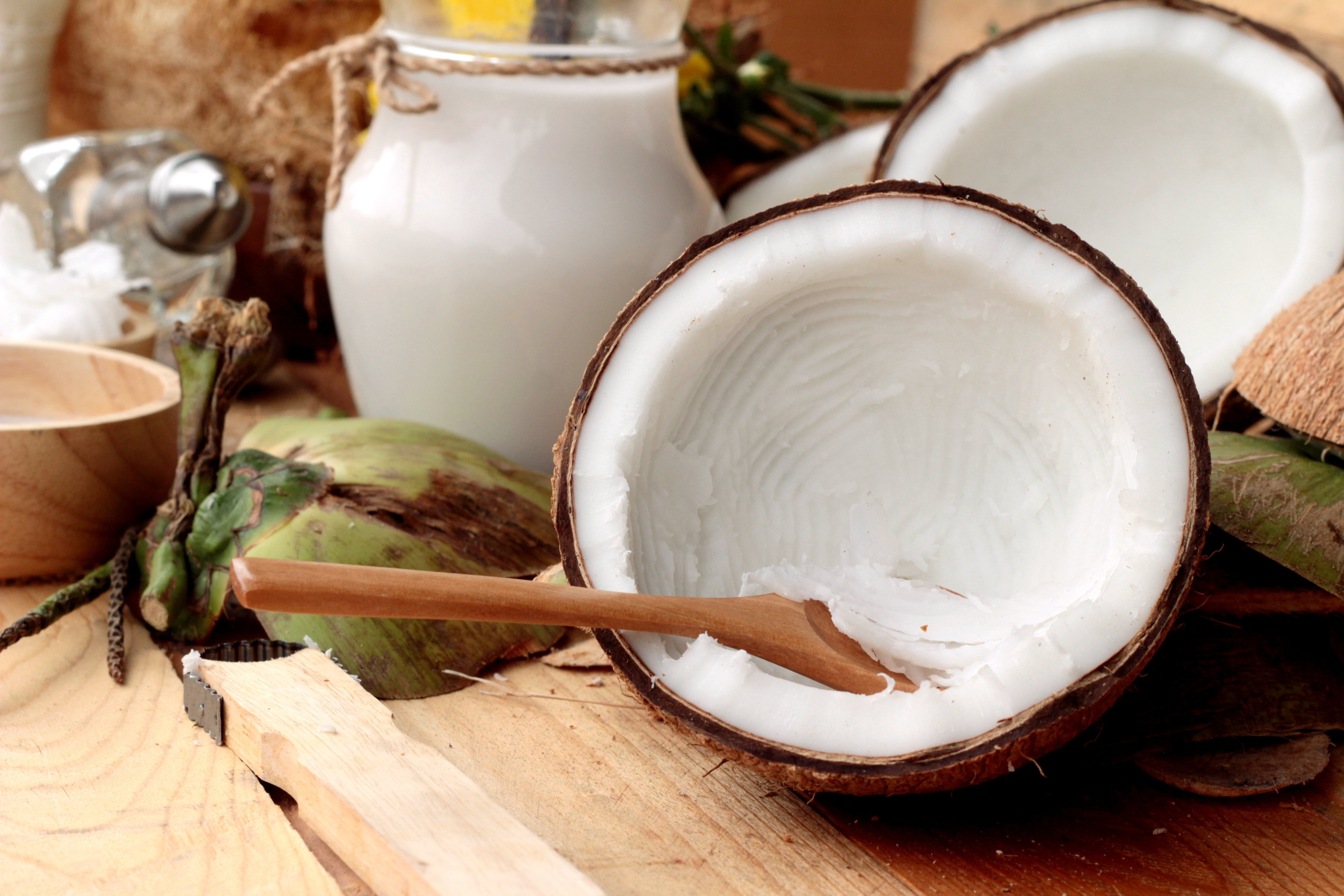 In the past couple years it seems the trend has been to use coconut in everything.  From coconut oil to coconut flour and coconut water, it seems that the coconut industry is booming.  So is this new love for coconut just a trend or is there any real health benefit from all these coconut products.

It wasn’t until recently that people started swapping out their products for their coconut counterparts and that’s because coconut is high in saturated fats which has long been thought to have a strong link with heart disease.  To give you a comparison, coconut oil is ~91% saturated while beef is ~50% saturated and butter ~63% saturated.  Now people are claiming that although coconut products are high in saturated fats, it is not necessarily bad for you, that it doesn’t contribute to heart disease risk and that there are many other benefits to consuming coconut products.

In addition to the points against diets high in coconut oil, more criticism has come about due to how some of the studies that show coconut oil’s cardiovascular and weight loss benefits were conducted.  A vast majority of these studies were short periods of time with small sample sizes and with insignificant changes as outcomes.  In addition to that the coconut oil industry likes to use the Polynesian diet as an example of the great powers of coconut oil.  The Polynesian diet is high in coconut oil and they have relatively low rates of heart disease regardless of cholesterol levels.  However, what researchers fail to demonstrate is that the Polynesian diet is also very high in dietary fiber, omega 3 fatty acids and sodium- all which we have long known are beneficial to heart disease risk.   In addition, compared to Polynesians, Americans have other non-dietary risk factors that put us at increased risk for cardiovascular disease such as smoking and physical inactivity that a diet high in saturated fat may exasperate.   Since Polynesians have so many factors that contribute to a low cardiovascular disease risk, a diet high in saturated fat from coconut oil may not be enough to increase cardiovascular disease.  Adding coconut oil into the diet of Americans with so many other risk factors for heart disease may be the factor that puts them over the edge.

The coconut oil frenzy started when a celebrity claimed it had made her lose weight.  There have been a few small studies that have looked at coconut oil for weight loss and suggest that they may reduce waist size.  Those in favor of coconut oil state that because coconut oil is a medium-chain fatty acid rather than a long-chain fatty acid, as most of the other common saturated fatty acids are , it doesn’t appear to be stored in adipose tissue (fat tissue) as readily and therefore is burned off quicker.  A big problem here is there have been only a few studies done to determine if coconut oil can boost weight loss and many of these studies showed that there was no significant effect.  In addition, coconut oil is still high in both calories and saturated fat which if consumed in excess of the calories your body burns each day will signal the body to store fat regardless if it is from a medium-chain fatty acid or a long-chain fatty acid.  Just one tablespoon of coconut oil has 13.6 grams of fat and 117 calories.  When supplemented in a diet of a person who is trying to lose weight, this amount of calories can be detrimental to successful weight loss.

Other studies claim that coconut oil is antimicrobial, antibacterial and antiviral, may have anti-inflammatory properties and that there may be a link to Alzheimer’s disease.  However as you see above you cannot always trust what you hear through the grapevine.

Because of the mixed advice and compelling evidence in support of and against coconut oil you may have come to this point and are completely confused!  Do you use coconut oil or not?  Bottom line is too much of anything is bad.  If you would like to utilize coconut oil in your diet, do so sparingly.  If you are trying to lose weight, be cautions as coconut oil is high in calories and anything consumed in excess of what your body is burning will be stored as fat.  If you have heart disease or are at high risk of heart disease, be aware that although coconut oil may increase your HDL levels, it may also increase your LDL levels and total cholesterol levels compared to other fats.  Other fats with more solid scientific evidence that will be better utilized in your heart healthy diet are those such as olives, olive oil, avocados, nuts, seeds and healthy fish.  Due to coconut oils taste, baking properties and benefits over other saturated fats and trans fats, coconut oil can be useful to replace other saturated fats and trans fats in baked goods.